Note: The accomplishments listed on this page are current as of Fall, 2007.

Susan Hales received a bachelor’s degree in Computer Science from Brown University, and took a job there after graduation in end-user computing support. In 1989, her manager first sent her to a SIGUCCS conference. In 1994, she moved to Pennsylvania and began working at Bucknell University, supervising the client services and Help Desk teams while completing her Master’s in Instructional Technology at night at Bloomsburg University. She then took a position as an Instructional Designer and Webmaster at Pennsylvania State University in Wilkes-Barre, where she is currently also an adjunct instructor. 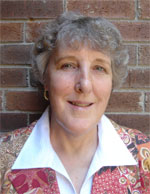 Bonnie Hites has worked full-time at Indiana University’s Information Technology Services since 1987. Starting as Departmental Director of repair services, she moved into supporting faculty in the university departments. Bonnie also organized the 1998 SIGUCCS conference at Indiana University. This turned into a very successful event that featured the new research computing environment at Indiana University, contributing to other international informational conferences. The SIGUCCS board had a great meeting and then a wonderful time at her home for an evening reception. Bonnie graduated from Oakland University in 1966. 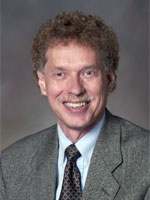 Phil Isensee is an electrical engineer by training, but never practiced it; instead, he began a career in higher education information technology at his alma mater, the University of Idaho, in 1970. During the ensuing 36 years he served Iowa State University, the University of California at San Francisco, Oregon State University, and retired from Oregon Health & Science University in 2007. A career-long member of SIGUCCS, he began his active involvement when he was managing User Services at Iowa State. He has attended nearly every SIGUCCS fall conference since 1981. He has also had the honor of working for SIGUCCS Hall of Fame-r John Skelton and working with Penny Crane Award-winner Linda Hutchison.

Jeanne Kellogg has been involved with computing at Colgate University since 1976 in a variety of capacities. She’s been an operations manager, a student computing manager, a “short course” instructor. Over the years, she has worked at SIGUCCS conferences on the clean-up crews; at the registration desk; as a reader of submitted papers; as a session chair; and as a paper and poster presenter. 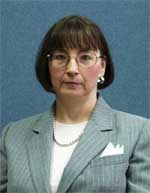 Kathy Mayberry began her career in higher education IT at Pennsylvania State University in 1974 as a system programmer. After 13 years, she moved into management and user services, and was eventually promoted to director of user services. Over the years, Kathy became very involved with the SHARE, Inc., organization, an IBM user group, serving on its Board of Directors for ten years. Kathy’s involvement with SIGUCCS and SHARE provided her with the expertise to initiate and grow two successful annual conferences at Penn State—the nationally-known Penn State Web Conference, which just celebrated its tenth anniversary, and the Penn State IT User Services conference, which began in 2005. Kathy received her B.A. in Mathematics from Seton Hill College in 1969, and her M.S. in Computer Science from Penn State in 1971. She retired in 2007. 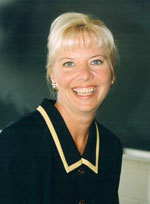 Shiree Moreland recently retired from the University of Notre Dame after 22 years of service as both manager and director in the Office of Information Technologies. She joined SIGUCCS in 1989, holding the position of Marketing Chair for the CSMS that year, and in 1996. In addition, Shiree served as the Contributions Chair for the SIGUCCS spring conferences in 2004-2006, as well as in a newly-created position on the Board as SIGUCCS’ first Vendor Relations Chair in 2005/2006.