Note: The accomplishments listed on this page are current as of Fall, 2006. 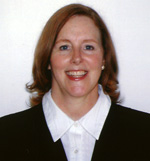 Jayne Ashworth joined the University of Virginia staff in 1969. In the ensuing years, she has had the opportunity to provide technical support to faculty, staff, and students in a variety of ways as they use the computer facilities for their research, teaching, administrative, and learning tasks. Along the way, she, too, has had the opportunity to grow and learn. While the entering class of late may have cut their teeth on a mouse, Jayne remembers that it took her the better part of a week to be able to move the mouse on her computer without looking first at the mouse and then at the screen to see what had happened to the pointer. Opportunities like this one have convinced Jayne of two things: that there are no stupid questions, only those unasked ones that are yet to be answered and that given enough interest and practice, it is possible to learn almost anything.

Jayne’s first SIGUCCS was in 1989 in Bethesda, Maryland, where she was part of a panel presenting during the infamous Wednesday, 8:30 a.m. time slot. She joined ACM and SIGUCCS that year and has since had the opportunity to attend many SIGUCCS Fall Conferences presenting papers, being a part of panels, chairing sessions, serving on conference committees, mentoring new attendees, providing ideas for papers and, in some cases, titles for the papers. She feels she has received and continues to receive more from SIGUCCS than she could ever give: good friendships, mentoring, technical support, new ideas, and opportunities that have fostered growth as an individual and as a professional. She recommends SIGUCCS to all who participate in any facet of college and university computing support. 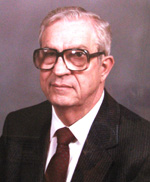 John Hamblen organized the very first conference sponsored by SIGUCCS, which was called “The Unbundling Conference”. It was held in Atlanta in April of 1970 to discuss the impact of IBM’s decision to charge separately for its operating system on the System 360, and the possibility that all mainframe computer manufacturers would do likewise. He also had a hand in organizing the next two conferences (in 1971 & 1972) for SIGUCCS, both of which dealt with computing in small colleges. He therefore started the conference activities of SIGUCCS, which continue today with the annual Fall Conference (originally the User Services Conference, which began in 1973), and the annual spring Computer Services Management Symposium, which began in 1974.

John directed the computing centers at the University of Kentucky and Southern Illinois University, and then spent seven years as the Computer Science Director for the Southern Regional Education Board in Atlanta, serving many colleges and universities in the area. He then moved to the University of Missouri – Rolla for the remainder of his career, serving as Professor of Computer Science and Chair of the department, while also taking a leave to work for NSF in 1985-86. In 1967, John produced the first annual survey on the use of computer in higher education, that became the guideline for university administrations against which to gauge their computing resources and activities.

John also served ACM in general, as Secretary of the association and a member of the executive Committee and the ACM Council from 1972 until 1976, and as a representative to the American Federation of Information Processing Societies (AFIPS) for many years.

In addition to many publications in the field of Computer Science, John’s interest in genealogy led to publications about his family and Brown County, Indiana, where he was born. He won numerous awards and fellowships, and SIGUCCS is proud to recognize his efforts. 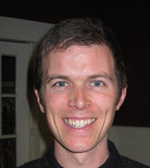 Chris’s first SIGUCCS conference was the Fall User Services Conference in Chicago. He had no idea that SIGUCCS even existed until about six months before the conference, when his manager informed him that he was going to write a paper and present it at a conference with a funny name in Chicago. His presentation on setting up a call tracking system and a knowledge base (the more things change…) was a hit. Chris was impressed that busy grownups would sit in a dimly lit room and listen to a 23-year old kid talk about call tracking for twenty minutes. He realized that he had found his people. His manager had told him that “all of the schools send their best people to SIGUCCS,” and he wasn’t kidding (Chris also took this as a compliment; thanks, Steven!).

In 1999, Chris left Princeton University, where he had worked as a Help Desk Consultant, Lab Manager, and manager of Student Computing Services, to follow his true love to Oregon. He is currently the Director of Computing Services for the School of Architecture and Allied Arts at the University of Oregon, in sunny Eugene. He bikes to work every day and can see a volcano from his office window.

Chris’s undergraduate degree was in engineering, which he highly recommends as a preparation for work in technology troubleshooting of any kind. He is also a certified high school teacher and is earning a Master’s degree in environmental studies.

Glenda Moum graduated with an honors degree in Russian Language and Literature from the University of Missouri-Columbia. Campus Computing (now Information and Access Technology Services) hired her and throughout the last 28 years, she has held various positions in the areas of faculty, staff, and student technology support and services. As Manager of User Services, she focused on extending computing access beyond the traditional computer science faculty and student users and encouraged the adoption of computing in all areas of study and research. During her tenure, she participated in the transition of computing from large mainframes with punched cards to a ubiquitous, campus-wide necessity; the transition of traditional classrooms to instructional facilities; and the move of the computing lab first into the residence halls and then into student rooms themselves. Currently, Glenda is a senior Business Technology Analyst.

Glenda attended her first User Services Conference in 1978 but became truly active in 1986 when she sat next to Herb Harris en route to the conference in Montreal. Since then Glenda has presented and co-presented several times at both the fall and spring conferences, been State Captain and chair for State Captains, helped recruit and coordinate session chairs, presented tutorials at three of the fall conferences, and been general dogsbody at many more. She was recipient of the Salad Plate award a number of times.

Glenda feels blessed to have had her career influenced by so many excellent “user servers” – all of whom she met at SIGUCCS – including Herb Harris (University of Kansas), Penny Crane (the ultimate “Grandma SIGUCCS”) and Beth Ruffo (Syracuse University). In their memory, she works to help first-time attendees feel welcome and engaged at SIGUCCS. She continues to be an ambassador for SIGUCCS and to encourage new user services professionals to get involved in any capacity with this excellent group of colleagues and friends. 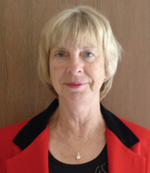 Marion began working at Binghamton University in 1979 for Computing Services, starting out as an Assistant to the Manager of Data Maintenance Systems where she was responsible for the flow of materials between SUNY-Binghamton and other SUNY campuses. Her position evolved over the years into that of Instructional Support Specialist; a job that expanded into the Multi-Media Classroom arena where she assisted and supported the faculty in the use of new technology.

Because of her expanded job description and associated duties, Marion became involved in ACM SIGUCCS when she attended her first conference in Bethesda, MD 1989. Marion has said that SIGUCCS was a help throughout her career. The contacts and friends she made at the SIGUCCS conferences, first one being Penny Crane, gave her the support to become not only an attendee but a participant. The exchange of ideas with other colleagues was always valuable and were just as important as the information from the speakers and sessions.

Marion became a willing and active participant on many levels, from presenter, to chair, to panel member and has continued at some level ever since, even after her retirement in 2002 from the University. 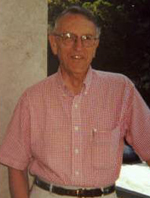 Leland Williams has been a member of SIGUCCS since its founding. In fact, if it was not for Leland, SIGUCCS might not exist today!

In 1963 Leland was the Assistant Director of the Computing Center of Florida State University. His Director, E.P. Miles, was about to present the ACM Council with a proposal to charter SIGUCC (as it was then known), when he was taken ill. Leland stepped in and made the presentation, and the rest, as they say, is history.

Leland also served SIGUCCS in various ways over the years, notably including proposing the formation of the Peer Review process in 1979, and serving on the resulting committee from 1980-1988. He chaired that committee from 1983 until 1988.

His other activities in ACM include serving as a member of ACM Council from 1968-71 as the Southeast Regional Representative, and again in 1973-74 as a Member-at-Large. He also served on and chaired the Distinguished Service Award Committee, and held various other committee, chapter, and regional conference positions. Leland also served ACM in the 1970s as a traveling speaker on the role of computing in colleges and universities.

Leland’s experience vita includes positions with the U.S. Naval Proving Ground; Duke, Florida State, and Auburn Universities; as the President and Director of the Triangle Universities Computation Center (TUCC); as Visiting Professor at University of Edinburgh, and with the Naval Research Laboratory in Washington, DC, from which he retired in 1995.

Leland served the National Science Foundation on the Technical Review Committee of the Office of Advanced Scientific Computing, 1984-1989, when the original five NSF Supercomputer Centers were selected. And, he was a member of the BITNET Executive Committee/Board of Trustees from its inception in 1984 until 1988. During these years BITNET came online providing national and international email and file sharing service for many American, European, and Middle Eastern universities, preceding ARPANET for most universities and preceding Internet for all.

In addition to ACM, during Leland’s professional life he was a member of the Mathematical Association of America, the American Mathematical Society, and the American Scientific Affiliation (ASA). He continues membership in ASA where he is a Fellow.