Note: The accomplishments listed on this page are current as of Fall, 2005. 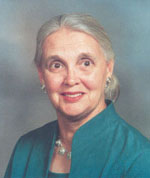 The first SIGUCCS conference Kay attended was in Kansas City, 1977, where Kay came under the wonderful mentoring wing of Lloyd Edwards. One year later, she led one of the first workshops, on human relations skills, to include a university staff psychologist. Her later years at George Washington University included attendance at the fall conferences, occasionally at the spring symposium (CSMS), and much encouragement of younger staff and new directors to attend and participate in SIGUCCS.

Kay’s career encompassed eight directors, six departments (by name and functions), five job titles and four different physical locations, and that meant that all user services skills learned through SIGUCCS were as often applied internally, as well as to GWU’s clients. Kay also took on the care and maintenance of a local user services spin-off, Washington Area Academic Computer Centers. WAACC, in turn, brought smaller schools and centers into SIGUCCS and fostered participation. The sharing of talent and resources was invaluable in the early years of academic computing, as was the friendships of so many which ebbed and flowed between local (WAACC) and national (SIGUCCS) functions.

Kay retired in April 2000, after 28 years of service, all at George Washington University, and is now enjoying volunteering and supporting the arts community in a small college town in Florida.

Jim was first introduced to SIGUCCS when he attended the Fall User Services Conference in Monterey in 1997. He did a presentation that year only because that was the only way his university would pay for the trip. That experience, however, quickly hooked Jim on SIGUCCS and on active participation in the organization. Jim has since presented at four other conferences, was Treasurer for the 2000 User Services Conference, then became heavily involved with the Computer Services Management Symposium serving as Technical Track Chair, Program Chair, and Conference Chair for the 2002 – 2004 Conferences. Jim also served as Treasurer for the SIGUCCS Executive Committee, 2004-5.

Jim is currently in the Office of Technology Services as Director, Student, Faculty, and Staff Services at Virginia Commonwealth University where he has been in various positions of increasing IT leadership since 1994. Jim has worked primarily in Academic Computing, at various times being responsible for and growing research computing, web services, learning management systems, and email. In his current position, Jim is responsible for user support for all technology services. But Jim’s route into IT has been a circuitous one. He graduated from Auburn University with a degree in Industrial Engineering in 1969 after attending the University of North Carolina and playing on Coach Dean Smith’s first Final Four basketball team. Jim then worked for Westinghouse as a Manufacturing Engineer building steam turbines for 10 years before leaving to get a Masters in Biomedical Engineering from UNC. He then taught high school math and computer science and coached basketball for another 10 years before moving into IT management at VCU.

Jim recommends SIGUCCS activities as a great professional development experience as well as an excellent way to meet colleagues and make true friends. Jim comments, “It was not until I was Conference Chair for the Santa Fe CSMS that I realized that all the presentations and other volunteer positions for SIGUCCS were the greatest professional development experiences that I had ever participated in. I had done a little something for SIGUCCS, but SIGUCCS had done a great deal for me.”

Jennifer Fajman has compiled an extraordinary record of service to SIGUCCS. After receiving a Masters Degree in mathematics from the University of North Carolina at Chapel Hill in 1967, Jennifer went to work for the National Institutes of Health in Bethesda, Maryland. In 1983 she accepted a position at the University of Maryland at College Park as Assistant Director for User Services and moved up to positions of increasing responsibility, becoming Executive Director of Academic and Distributed Services. She retired from that position in 2001. In 1997, Jennifer was recognized for her leadership at the University by receiving the President’s Distinguished Service Award.

Jennifer first joined ACM in 1968; joining SIGUCCS in 1987. In 1989 she chaired the Fall User Services Conference that was held in Bethesda, Maryland. From 1990 until 1996 Jennifer was Director of Tutorials. In 1991 she began a long period of service on the SIGUCCS Board, first as a Board Member, then as Chair of SIGUCCS from 1999 to 2002. Jennifer completed a remarkable sixteen-year record of continuous SIGUCCS service when she finished her term as Past Chair of the Board in 2005.

In addition to her work with SIGUCCS, Jennifer was simultaneously very involved with our sister organization Educause, where she served on many committees and actively participated in their conferences. In 1988 Jennifer coordinated the Educause meeting in Washington DC. In 2001 she served as the chair of the Educause’s Recognition Committee, after being a member of the committee since 1994.

Upon being selected for the SIGUCSS Hall of Fame award, Jennifer indicated that she made super professional contacts through her work with SIGUCCS, many whom she considers today her dear friends. Jennifer’s involvement with SIGUCCS reemphasized her principle that people are what make things work – and partnering within the university and outside of the university are important aspects of providing successful information technology services. “Working with people from a variety of universities, in different positions, who all had the goal of providing excellent IT services in an educational environment, helped me focus on the right issues and the right technologies with the right people.” Working with a group of volunteers prepared her for volunteer work upon retirement. Jennifer hopes that others will volunteer to work with SIGUCCS and benefit from the professional development that these opportunities provide.

Glenn Ingram was active in SIGUCCS primarily in the early 1970’s, serving as a member of the Board of Directors and the Vice Chair from 1971 until 1973. He also chaired the Symposium on Small College Computing in 1973 for SIGUCCS, and participated in numerous SIGUCCS conferences and symposia over the years.

Glenn was the second Ph.D. student in Mathematics at Washington State University, taking his dissertation topic from Numerical Computing. That led to his being appointed as Director of the Computing Center at Montana State University, which began his long career in computing. He later served as the Director of the Computing Center at Washington State, and spent many years in the federal government, first at NSF and then with the National Bureau of Standards, from which he retired as Chief of Scientific Computing.

But Glenn was perhaps best known for his warmth and ability to tell fascinating stories about life on the prairies. When Glenn was in the room, somehow everyone felt comfortable and happy. That gift was special, and will be missed. Glenn passed away on June 5, 2005. 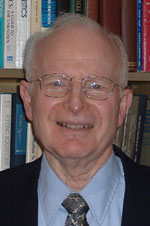 “Merv” Muller was one of the founders of SIGUCCS in 1963, which was then known as “SIGUCC”, for “Special Interest Group on University Computer Centers”, because only large universities had such organizations then. He served as SIGUCC’s second Chairperson, from 1966-68, while at the University of Wisconsin, Madison.

His career has been long and quite varied. Academically, he has been at UCLA, Cornell, Princeton, George Mason, and Wisconsin, and he completed his academic career as Chair of Computer and Information Science (among other positions) at Ohio State, from which he took emeritus status in 1998. In the “real” world, he spent four years as Director for project “Weld” at IBM, and fourteen years with the World Bank, as Director of Computing Activities and in other senior positions.

During his entire career, he has been active in various professional and scientific organizations, including not only SIGUCCS and ACM, but also AFIPS, The International Statistical Institute, and the World Academy of Productivity Science. He has been recognized with numerous awards from virtually all of those organizations, and SIGUCCS is proud to join them in saluting one of its “early” own.