Note: The accomplishments listed on this page are current as of Fall, 2004. 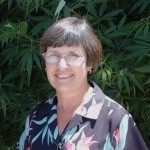 Linda L. Downing graduated with a degree in History and later received a master’s degree in Business Administration from California State University, Sacramento (CSUS). She was hired by the campus Computer Center (now University Computing and Communications Services) and throughout the last 34 years has held positions of ever-increasing responsibilities in the areas of faculty, staff, and student technology support and services. After serving for many years as Manager of User Services her job evolved into the area of academic technology to support the growing demand of online courses and Web support for campus teaching and learning activities. Currently, Linda is the Manager of Academic and Information Technology.

Linda has been active in SIGUCCS since 1983 when Penny Crane asked her to be a part of the 1984 Reno User Services conference. In the early years when user support was just developing as a profession on campuses, thinking that no one had a job quite like yours was common. However, after attending her first conference in New Orleans Linda discovered that there were others who understood what she did and that SIGUCCS offered support, networking opportunities, and new ideas to continue to grow in this new profession.

Linda has co-presented several times at both the fall and spring conferences, served on the Board (newsletter editor, information director, member-at-large), recently was the Tutorial Chair, and with Bonnie Brown presented three tutorials at the fall conference (Pulling the Network Together – Technical Networking for User Services (St. Louis); Adult Learning – Putting Principles into Practice (Chicago); and Building a Better Customer Support Team (Denver and Richmond).

Penny Crane often said “SIGUCCS is what you do for yourself.” It is true. Being a member of SIGUCCS and attending both the fall conference and the Computer Services Management Symposium has presented opportunities to meet colleagues and develop professionally through the interchange of ideas and discussions with others. When something new is happening or a new problem comes up at work, you can contact your SIGUCCS colleagues for advice, materials to help from re-inventing the wheel, or even a sympathetic ear as you thread your way through the ever complex maze of customer support.

In 1958, Lloyd returned to his alma mater, Kansas State Teachers College, to join the faculty of the Department of Business. Prior to this, he was on the faculty of Southwestern College, Winfield, Kansas, and then Oklahoma City University.

Acknowledging his interest in the emerging importance of data processing and computing (the subject of his doctoral dissertation), he was asked to build a data processing program that not only would serve the administrative needs of the college, but also add a new computer-related curriculum in the Department of Business. At this time, there was not a computer on campus.

From this spartan beginning within the Department of Business, the Computer Center evolved with Lloyd as the administrator from its inception until his retirement in May, 1987. During this time, it became a leading supplier of new computing professionals to companies throughout the Midwest.

During his career, he received many awards, including a data processing pioneer award from I.B.M. Lloyd also served on the Board of Directors of the Lyon County State Bank in Emporia for twenty-one years.

Lloyd was an enthusiastic supporter of the User Services Conferences when SIGUCCS started them, and was the only person to chair two of them (both in Kansas City, in 1977 and 1987). In 1977 he attracted close to 400 people to that conference, setting a record for registration that lasted for a long time.

He never served on the board, preferring to help by being active in the conferences. He also attended all of the early Computer Services Management Symposia in St. Louis, where he was one of the first people to greet others who attended. Therefore, he and Penny Crane became “fixtures” that everyone looked forward to seeing each year at both of the SIGUCCS annual meetings.”

Lloyd retired in May, 1987, after twenty-nine years of service to the University. He passed away March 16, 2001 in Springfield, Missouri. 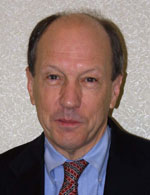 Grey Freeman is a Vice President in Applications Development at Gartner, Inc.

Grey received his B.E. from Yale in 1965. The following year he served as a Carnegie Teaching Fellow at Yale in Electrical Engineering then joined the staff of the Yale Computer Center in 1966. In 1970 he was appointed Director of the center.

During his fifteen year tenure as Director, Grey played key roles in the computer center’s development of two widely used software systems, VS/APL for TSO and the Yale ASCII Terminal Communications System. The latter allowed colleges and universities to connect their ubiquitous ASCII terminals more effectively to IBM mainframes and even spawned two IBM products, the 4994 and 7171 communication controllers.

In the Spring of 1981 Grey and Ira Fuchs, then at CCNY, started BITNET, which eventually grew to include some 1400 institutions worldwide.

Grey was a regular attendee at the Annual SIGUCCS Management Symposia in St. Louis and was Program Chair in 1984, when he succeeded in getting Steve Jobs to be the closing luncheon speaker.

In 1985 Grey left Yale for Gartner (then Gartner Group) where he was initially responsible for the company’s internal computing services. In 1988 he moved to the Research and Advisory Services group at Gartner where he started, and for several years ran, the company’s service for academic institutions. Since then he has held various senior positions in the Gartner Strategic Technology Group. 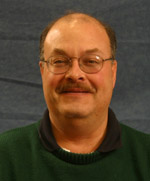 Al began his career in User Services as a student assistant at the University of Akron in 1975 while he was working on his undergraduate degree in Applied Mathematics. After completing his degree in May of 1976, he worked for two years as a programmer at General Tire doing mathematical modeling of their tire production facilities. He was encouraged to work on a master’s degree in Business Management. He felt it would be best to work at the University while taking graduate classes. In October of 1978 he applied for and was offered a position in the Academic Section of the Computer Center at the University of Akron. For the last 26 years he has been involved with the User Services portion of the organization. He is currently the Manager of the Help Desk.

In the fall of 1985, his boss, Frank Thomas, was not able to attend the Montreal USC at the last minute. Frank offered to let Al attend in his place. Al then proceeded to attend the next 19 USCs in a row. He has always tried to be involved in some way. He often volunteered to be a Session Chair even when he was helping as the Tutorial Chair. ‘The best way to get to be able to attend year after year is to get involved with the organization.”

He knows a good thing when he attends it. ‘The USC is the best conference for middle management in computing centers of universities and colleges. The amount of information and ideas that you can learn from a single conference is amazing. The people are the best part of the conferences. Being able to have time to spend one-on-one and discuss similar problems with another person doing the same job is invaluable.’

An active member of ACM and a cofounder of the Minneapolis chapter of the Association for Women in Computing, Thea paved the way for women in the computer science profession and mentored many women in academic computing.

Thea passed away peacefully on March 3, 2008, with her husband of 65 years and her younger daughter at her side. 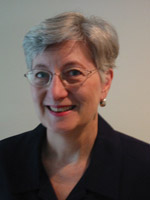 Jennifer Fajman introduced Lida to ACM SIGUCCS in 1988 when she attended the Fall User Services conference in Long Beach, CA, and still remembers hearing the now famous Penny Crane advice there that “newcomers shouldn’t feel that they have to attend every session, and old-timers should attend at least one.” While she has learned a lot through conference presentations over these past 16 years, it has been the integration into the SIGUCCS community that has been the most significant. Fellow attendees have become life-long contacts and fellow volunteers have become life-long friends as well. She highly recommends volunteering and becoming a part of the conference process. It is a first step for many in their professional development and, specifically, in the development of their leadership skills.

Lida graduated from Purdue University with a B.A. in Educational Media in 1968 and completed her master’s degree in Library Science at the University of Maryland in 1972.

In 1988, with twenty years of information services experience in K-12, adult, and higher education, Lida moved to the University of Maryland’s Computer Science Center to assist in the coordination of EDUCOM’88. That move began her fourteen-year stay in the organization that eventually reorganized into the Office of Information Technology. With an eye for organization and detail she was responsible first for the Workstations at Maryland program and then coordinated the University of Maryland’s Online Information Resources that migrated from Gopher to the World Wide Web and then to Campus-wide Web Services. In 1999, Lida was appointed OIT’s Assistant Director for Collegial Relations and Information Services with responsibilities for Web Services, Campus Computing Associates, Technology Associates, and Public Relations. She remained in this position until 2002 when she moved with her husband to Pittsburgh, PA.

Her work at the University of Maryland and in SIGUCCS confirmed her belief that people are the most important resource in an organization. She believes it is our job as employees to ask for what we need to succeed and our job as managers to give our people what they need to reach success. And she believes, that as IT professionals, it is our responsibility to partner with our customers to identify and provide the critical services they need to be successful. Anyone with big budgets can do great things, but it takes great people working together with intelligence, motivation, and innovation to do great things regardless of the health of the budget and the current organizational structure.

Lida is now a member of the EDUCAUSE Staff in the Professional Development unit and has responsibility for regional conference programs.
picture of Susan Nycum 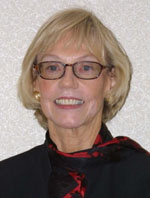 Susan H. Nycum serves as a neutral arbitrator and mediator of high technology cases in the U.S. and internationally. She is an attorney, and formerly a partner of the global law firm, Baker & McKenzie. She is in charge of the firm’s world wide IT/IP practice group, as well as a member of two of the firm’s three regional boards of directors (for the Americas and for the Asia Pacific.)

She was a member of Council of ACM and Chair of the Legal Issues Committee. She was an early participant in SIGUCCS and worked on its early conferences. 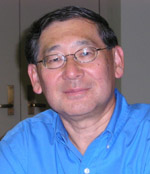 Stan provides leadership for the computing, networking and communications infrastructure for the campus. His divisions are responsible for the design of the campus networking and telecommunications infrastructure, serve as the campus provider of many IT services, including email, file storage, and Internet access, provide support for these services through its Central Help Desk, and for more general use of computing and networking technologies, through its highly successful Departmental Services (CITES-DS) division. Stan’s Assistant Chief Information Officer designation emphasizes his critical role as an advocate for the campus community.

Prior to accepting his current position, Stan served as the Director of Information Technology Services at Queen’s University, Kingston, Ontario, Canada. Stan brought to the U of I an outstanding reputation as a leader and a partner to academic departments, the library, and other groups in support of teaching and research needs. He has a long and distinguished career in Information Technologies and is active internationally in the computing and communications arenas.