Note: The accomplishments listed on this page are current as of Fall, 2002. 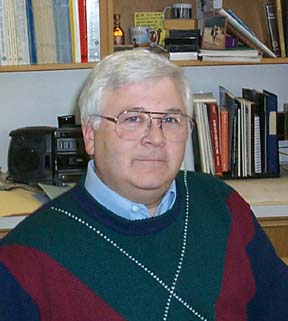 John E. Bucher received his undergraduate and masters degrees in biological sciences from Wright State University and a Ph.D. from the University of Kansas. His career in information technology began in the mid-70’s when he worked as a part-time systems analyst at the KU Museum of Natural History. Later, he progressed in various management positions within the Computer Center at the University of Kansas.

Since July of 1996, Bucher has served as the chief technology officer at Oberlin College, Oberlin, Ohio, with responsibilities for all aspects of information technology at the College.

Throughout his career Bucher has been actively involved in several regional and national organizations. Most of his association involvement has been with ACM, and in particular, ACM SIGUCCS. He was a SIGUCCS board member from 1991 – 1995 and then served as the SIG Chair from 1995 – 1999. He currently serves on the board of the Corporation for Research and Educational Networking (CREN) and has been on the EDUCOM Board of Trustees and the EDUCAUSE Recognition Committee. He was vice chair of the EDUCAUSE 2002 conference and will serve as chair of EDUCAUSE 2003.

Fred was an active member of Rotary International, ACM, the Institute for Certification of Computer Professionals, the Society for Information Management, the Data Processing Management Association and the American Association for the Advancement of Science.

Diane Jung is manager of conferences and special events for the Office of the Vice President for Information Technology at Indiana University. In that role she plans and implements IT-related conferences, events, and information displays both at IU and at other locations in the world. She also serves on the board for several national conferences. Diane has been with IU’s technology organization for over twenty years. Most of that time was spent managing IU’s award-winning Technology Education Programs, providing classes to an annual audience of some 20,000 users and technical support providers. Throughout her career Diane has been an active participant in SIGUCCS. Diane holds M.S. and Ed Specialist degrees in Instructional Systems Technology from Indiana University. 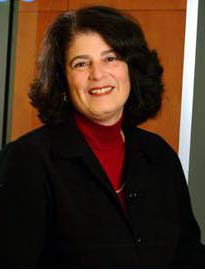 Geraldine MacDonald, Senior Vice President, Global Access Networks, at America Online, Inc., has over 25 years of experience in the computing and telecommunications industry. At America Online, Ms. MacDonald is responsible for connecting members worldwide to all brands of the service using narrowband and broadband technologies. To provide this connectivity to members, Ms. MacDonald operates the world’s largest dial up network, as well as an IP backbone for broadband traffic. Member access currently results in over 2.7 million simultaneous connections. Total usage per day worldwide includes over 73 million connected sessions totaling over 37 million hours. To build this network Ms. MacDonald manages a team of telecommunications professionals and works with over 40 telecommunications companies and RBOCs around the world. The network reaches over 1500 cities in the United States and over 125 countries worldwide providing easy access to the America Online, Inc. community. While making it look easy to the millions of AOL members, the technical requirements and the quality standards deployed by Ms. MacDonald and the rest of her team take years of experience and dedicated hard work.

Before joining America Online seven years ago, Ms. MacDonald was responsible for computing and networking at the State University of New York at Binghamton. Much of the early work that helped establish the Internet was conducted on University campuses during the 1980s. Ms. MacDonald has always been involved in using technology to change the way people work and communicate. In the early days it was teaching faculty and students to use a computer in the classroom or laboratory and later to use networks to communicate and exchange ideas.

Recently Ms. MacDonald was named one of the Unsung Hero’s of the Internet by Interactive Week. Ms. MacDonald has written numerous professional papers on Computing and Networking particularly related to supporting the infrastructure on college campuses. She has also served on the boards of EDUCOM, CAUSE, CREN, ACM SIGUCCS, SUNY Council on Educational Technology and NYSERnet.

Jerry has been with The Ohio State University Computer Center through four departmental name changes, multiple title changes and several reorganizations. He is no longer sure of his official title, other than it has the word “Senior” in it somewhere, but is sure it has nothing to do with what he does. He spends most of his time listening patiently on the phone, training technical consultants and reading e-mail from folks who have problems, some of which deal with computers and networking.

Jerry has been giving talks at SIGUCCS for 18 consecutive years. He has participated in panel discussions, presented papers, poster sessions, and tutorials. He has found giving presentations helps prevent dementia, thus it is a powerful incentive to remain active. During that time his hair has turned gray, but his gray matter is still active.

Sheri currently directs the activities of New Jersey Virtual University. Prior to that, she held positions as the Manager of Instructional Technology at the University of Medicine and Dentistry of New Jersey, Director of Academic Computing at the New School for Social Research and Director of the Educational Computer Center at CUNY/Baruch College. She has recently embarked on a project to create an online faculty resource center for the state of New Jersey and teaches Sociology and Anthropology in a fully online environment.

Sheri has spent the last 25 years empowering higher education through the integration of technology into the teaching and learning process at CUNY, the New School and most recently UMDNJ. To this end, Sheri is active in the American Council for Virtual Education.

Terry started his support career at the University of Southern Californa in what is now the Marshall School of Business, as a graduate student consultant in the school’s computer center. He remained at USC, filling various support roles, until moving to Pomona College in 1989. There, Terry managed support services, academic computing, instructional/faculty development and information technologies. He returned to USC in 2003 as Director of Information Technology for the School of Social Work.

Terry became active in SIGUCCS after meeting Penny Crane, who asked him to be conference treasurer for the 1993 User Services Conference held in San Diego. You will likely have met him in the hospitality suite, or see him teaching someone the “cork trick” (which he credits Lee Colletti with teaching him at the Cincinnati User Services Conference). He is, however, a firm believer in Penny’s advice – “New comers to the conference, you don’t have to attend every session. Old timers, please attend at least one session.”