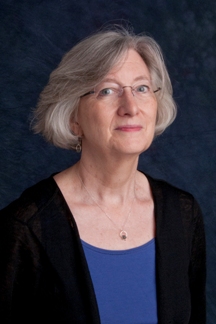 Lida Larsen embodies the ideals that Penny Crane meant to SIGUCCS: service, mentorship, dedication, warmth and friendliness, and a ‘can do’ attitude. Lida is presently the Regional Professional Development Program Manager at EDUCAUSE. She serves as the liaison with program committees in the development of content for EDUCAUSE regiona l conferences and other events.

The briefest summary of Lida’s contributions to SIGUCCS include her work at the Fall User Services Conference as a speaker, panelist, or poster presenter in 1995(2), 1996, 1997, 1998(3), 2000, and 2001(3). She served on conference committees in 1989, 1999, 2000. Lida was a member of the board of directors 2002-2004 and contributed to several SIGUCCS management projects. But beyond the listing of accomplishments, the reasons for her selection for the Penny Crane Award are best described by the testimonials of her colleagues:

“Lida Larsen is filled with great ideas and energy. She has worked with SIGUCCS since the late 1980s, in many capacities roles-presenter, conference committee member, conference program chair, newsletter author and co-editor, and Board member. Lida brought a number of innovative ideas to the fall conference-poster sessions, a discussion forum with the keynote speaker, and she began the tradition of ice cream sundaes.”

“Her welcoming attitude made many attendees feel more comfortable, her organizational skills and energy insured that her projects ran smoothly, and her volunteer spirit seldom let her say ‘no’ to a job that needed to be done.”

“I first got to know Lida when working on the 1989 SIGUCCS User Services Conference. I was the Program Chair and I’m not really sure what Lida’s official position was except that I know that she seemed to organize all the myriad details of the conference, and keep all of us on track!”

“Lida was a strong advocate for persons with disabilities [at the Univ. of Maryland], especially for access to this emerging technology known as the World Wide Web. She was highly esteemed as an employer of student workers and later received campus-wide recognition for her leadership and development of student employees.”

“When I first meet Lida, I thought she was a paid employee of SIGUCCS. The amount of time and energy she brought to the organization far exceeded what I expected from a volunteer.”

Lida’s thoughts:
Three things: Professional Development, Networking, and Mentoring
I have been in education my entire working life with one key goal: to effectively serve students and teachers as an information professional. I soon discovered that you can’t do it alone. Professional development, networking, and mentoring are critical to success as we look for solutions to the future. It was critical when I took my first job in 1968 as a media specialist in a public school system; a time when we created educational slide shows with accompanying reel-to-reel tapes for audio, used opaque projectors to show printed illustrations to a class, and hand-crafted transparencies for the overhead projector. It was an adventure and one in which the importance of professional development and networking were crucial as new technologies and techniques were shared among the community. A decade later it was no less important. I was excited about the growing use of computing in education, though it was primarily used in administrative functions rather than the classroom for a long time. Just how do you first learn and then effectively teach the art of searching computerized databases? How do you lead and prepare for what’s coming next? You connect with your colleagues and solve it together.

I began attending SIGUCCS about the same time as I began managing university computer labs. What a wonderful experience it was to meet people dealing with the same issues that I was facing! I was not alone. I’d found my ‘tribe’ as my new boss would say! Yet again professional development and networking were critical components to meeting goals back on campus. And so it goes, professionals need each other. Over the years I’ve found you get back much more than you put into your ‘tribe’ and that has certainly been the case for me with SIGUCCS.

The same goes for mentoring wherever you are in your career: up, across, down, and outside. I’ve been blessed with many fabulous mentors over my career including Jennifer Fajman who sent me to my first SIGUCCS and created a learning organization at Maryland where everyone was supported, valued, and knew they were an important part of the unit and institution. My SIGUCCS and other colleagues have shared alternate visions that have helped me shape my own. I’ve always learned an enormous amount from my student employees, especially in those early days of the Web. They saw things from a fresher perspective than I could and our success was more theirs than mine. Several of my mentors have been the instrumental connection I had in obtaining a new position. No matter where you are in your career, mentoring is important. See the “EDUCAUSE Mentoring Kit” at http://www.educause.edu/mentoring to get started. Also see the free online book: Cultivating Careers: Professional Development for Campus IT at http://www.educause.edu/cultivatingcareers where, in the very last paragraph of the book, you will find my closing thoughts written by someone else.