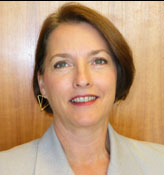 Linda received her degree in Industrial Administration with an emphasis in Finance and Management from Iowa State University and completed work toward her master’s degree at ISU in Industrial Education and Technology with an emphasis in Training and Development. Working in computing since 1972, she realized early in her career that every IT job boils down to providing service to the end user. Linda is the Division Director for Customer Relationship Management at Oregon Health & Science University in Portland, Oregon where she leads a team that she describes as, “the most talented, diverse, and interesting group of individuals you could ever hope to meet.” Before moving to Portland in 2003, she spent 27 years at Iowa State University, two years at Central Missouri State University, and one year outside higher education working for Pioneer Hybrid International.

According to Linda, SIGUCCS has been the single biggest contributor to her continued interest and success in her career. Encouraged by fellow SIGUCCS regular and then boss, Phil Isensee, to present at the 1984 Fall User Services Conference in Reno, she has made SIGUCCS a significant part of her personal and professional life ever since. She has been involved in the fall conference almost every year since as a tutorial or paper presenter, member of the steering committee, state captain, session chair, proceedings chair, or webmaster. She has also been active in the spring SIGUCCS Computer Services Management Symposium for many years. She served on the SIGUCCS Board from 1995 through 2001, including Secretary-Treasurer from 1997-2001.

While working on the 1987 steering committee, she remembers the committee ‘spinning their wheels’ at one meeting and Penny’s advice, “Start with ‘small definable tasks.'” Linda says she often thinks of Penny and her words of wisdom; and over and over she rediscovers just how valuable that approach is to succeeding at almost anything in life.

Linda encourages all attendees to extend their participation and move from being a face in the audience to taking an active role in one or both of the SIGUCCS annual conferences. “I’ve made my most valuable professional connections through SIGUCCS, and some of my dearest friends are among my SIGUCCS colleagues. My deepest appreciation goes to the association for what you’ve given to me, and my heartfelt thanks goes to the extraordinarily talented and caring individuals who every year give part of themselves to make SIGUCCS a success.”