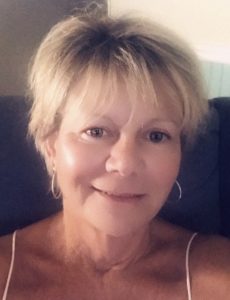 Nancy Bauer began attending the ACM SIGUCCS conferences in the fall of 1985, where she met Penny Crane and many of Penny’s SIGUCCS colleagues.  Penny and her colleagues inspired Nancy to get involved in SIGUCCS. Since that first conference, Nancy has attended nearly all fall and spring conferences until 2014.

She presented her first paper at the 1987 conference in Kansas City and began volunteering for SIGUCCS shortly thereafter; first serving as a Session Chair, then becoming the Session Chair Coordinator for several years.  She served on the Program Committee and served as Program Chair for the 2002 Fall Conference. She has also conducted workshops and served as State Captain Chair for many years.

Nancy earned her B.S. degree from St. Mary-of-the-Woods College and her M.S. degree in Educational Technology from Indiana State University.

Nancy served over 20 years at Rose-Hulman Institute of Technology as Client Services Manager and Project Manager of the Digital Resource Center. She is the winner of the 2008 Rose-Hulman Rosie Award.  She also served as a team leader in Rose-Hulman’s inaugural Leadership Academy which won the President’s Excellence in Service Award in 2009.

In 2009, Nancy accepted a contract position as Director of Instructional Technology at Ross University in Freeport, Grand Bahama.

Nancy is civic minded, having served on the Board of Directors of several community organizations, a member of Rotary International, and serves the children of her community as a Court Appointed Special Advocate.

Nancy has three sons who shared in her journey during her professional and SIGUCCS career.  In retirement, Nancy is enjoying her family, which now includes a granddaughter and two grandsons.  She also enjoys reading, gardening, painting and general “tinkering”.

Nancy encourages all SIGUCCS attendees to get involved in their conference as a way to experience personal and professional growth.