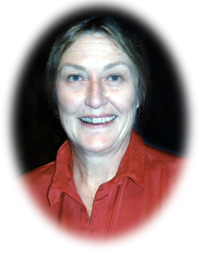 Penny Crane served in many capacities for both ACM and SIGUCCS including SIGUCCS board chair from 1986 to 1990. For many of our members, Penny comes to mind when service to SIGUCCS is mentioned. Her death left a huge void in the ranks of our volunteers. This award was established by the SIGUCCS board to honor her memory.

“A woman unafraid to be warm, laid back, friendly, and always ready for fun. She understood the importance of this for her life and as the heart of user services and SIGUCCS. I would describe her as the perfect matriarch of SIGUCCS.” – Diane Jung, Indiana University

Each year, SIGUCCS members are invited to nominate their colleagues, along with four corresponding endorsements by SIGUCCS current or past members, for the Penny Crane Award. The deadline for nominations is November 1 of each year. See the Qualifications & Nominations information below for complete details and to nominate a colleague.

The selection committee reviews nominations and endorsements as received to determine if an award will be made at that year’s annual conference.

The award itself consists of an honorarium of $1,000, a lifetime membership in SIGUCCS, and a physical form of recognition, such as a plaque or paperweight. Travel costs and conference registration for the recipient to attend the ceremony are also covered.

A special award was presented posthumously to Penny Crane at the 1999 SIGUCCS Fall Conference to honor her long-time service and contributions to SIGUCCS and ACM. Since then, the Penny Crane Award for Distinguished Service was established to recognize other individuals who have made significant contributions to SIGUCCS and computing in higher education.

To nominate a colleague, complete the Penny Crane Nomination form along with a minimum of four Endorsements. Nominations, including all endorsements, for the Penny Crane award are required to be made to the selection committee by a deadline of November 1 of each year. This will allow sufficient review and selection in time for presenting the award at the next annual SIGUCCS conference.

Financial Support for the Award

The award is supported by a special endowment fund. Anyone wishing to contribute to the fund should send checks made out to “ACM SIGUCCS Penny Crane Fund” to the attention of:

If a written acknowledgement of the gift is needed, be sure to include the complete name and address of the donor.